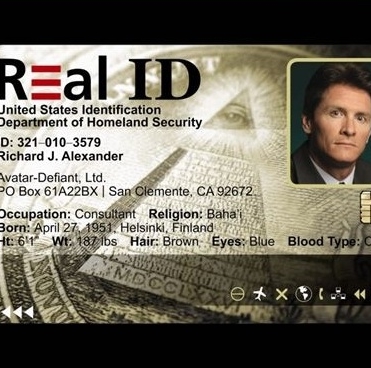 The “Real ID” Is a Real Harbinger of Things To Come

What’s happening now with the Real ID is the pattern for what is to follow. The ramifications will make life so difficult that most people will willingly accept it rather than be subject, first to the inconvenience of refusing it, then to the impossibility of living normally without it. It’s classic manipulation of the masses, which is preferred by lawmakers to outright legislation forcing people to comply. Because of that, it’s even more dangerous because it won’t lead people to rise up in protest. After all, they aren’t required to have one, are they? Beware of anything that is promoted in such an underhanded manner and watch closely what follows in its wake.